There is a secret in the life of Mussolini: a wife and a son, who was born, acknowledged and then denied. The secret bears a name: Ida Dalser. It is a dark page in history, one ignored in the official biography of the Duce. When Ida meets Mussolini in Milan, he is the editor of L’Avanti! and an ardent Socialist who intends to guide the masses towards an anti-clerical, anti-monarchical, socially emancipated future. Ida already had a fleeting encounter with him in Trento and remained thunderstruck. Ida truly believes in him and his ideas: Mussolini is her hero. In order to finance Popolo d’Italia, a newspaper he has founded and the nucleus of the forthcoming Fascist Party, Ida sells everything she has. When the First World War erupts, Benito Mussolini enrolls in the Army and disappears. When Ida finds him again in a military hospital, he is tended to by Rachele whom he has just married. Ida lashes out at her rival furiously, demanding her rights as Mussolini’s true wife and the mother of his first-born son. She is led away by force. For more than eleven years, she is locked away in an insane asylum (and her son in an institute) where she is put under physical restraint and tortured, never to see her son again. But Ida will not give up without a fight... 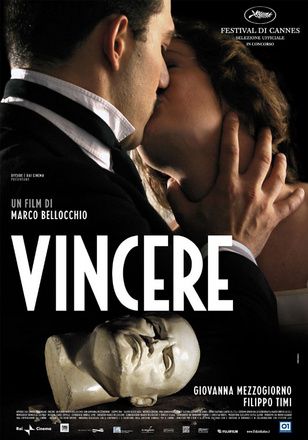