England in 1983. Twelve-year-old Shaun lives in a run-down harbour town. Shaun’s father was killed during the war in the Falklands. Wandering about the streets in the bell-bottoms his father bought for him, Shaun runs into Woody and his skinhead mates. They become friends and Shaun joins their gang. Even if he can’t find the coveted red Doc Martens in the local shoe shop and a Ben Sherman t-shirt is way beyond what he can afford, he still looks the part because Woody’s girlfriend Lol has shaved Shaun’s head. At a party Shaun meets Smell, who gives him his first kiss, and Combo, who has just been released from prison. He is Woody’s role model. Soon all the kids are in awe of the older man – even if his racist comments shock them. Time and again, Combo rants on about the Falkland war, or about the immigrants who are stealing jobs from British people. After a while Woody has had enough. But Shaun can’t get enough of Combo’s cant and eagerly takes it all in. Shortly after this, the gang follows Combo to a meeting of the right-wing radical National Front. Before long, the gang starts terrorising the neighbourhood with right-wing slogans, assaults and graffiti. But Combo is by no means as tough as he appears. It kills him to know that Lol, who used to be his great love, won’t have anything more to do with him. Like all the other members of the gang, he dreams of having a different life entirely. 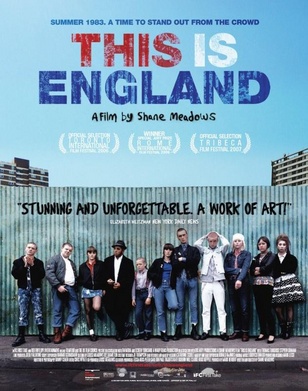