The Last Black Sea Pirates swim in testosterone and rugged tenderness in a land of wilderness and legends, far from civilization. For 20 years, Captain Jack The Whale and his crew have been drinking, dreaming and hunting for a treasure buried in the gully of Karadere, the pristine beach they call home. But someone else has got wind of Karadere’s treasures. When news of imminent change begin to find its way to this remote oasis, the pirates' world begins to unravel. Doubts erode the foundations of trust, conflicts brew, tensions are on the rise. In this crisis, emerges a contemporary fairy tale about the treasures we hunt and those that we find. 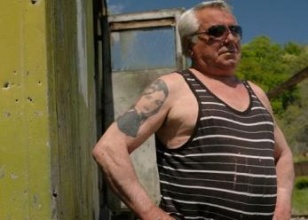