Don Fabijan is a young priest who comes to serve on an unnamed small island in the Adriatic. In order to help increase birth rate on the island, he decides to pierce condoms before they are sold. He therefore teams up with the newsagent Petar and the pharmacist Marin. After they abolish all forms of birth control on the entire island, the consequences become more and more complicated. 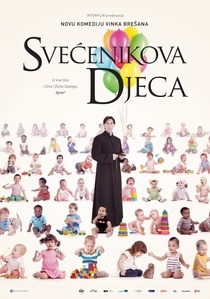