After a lengthy spell in prison, Res, an aging biker, finds himself as an odd-job man on a camping site, straight in the dreamworld of Greta, a 33-year-old, mentally challenged woman. She still lives at home with her parents who are over protective and treat her like a handicapped person. Greta falls in love with Res. He is irritated by her strange nature but touched by her directness. And despite the fierce resistance from her family and the people around them an extraordinary love story ensues. 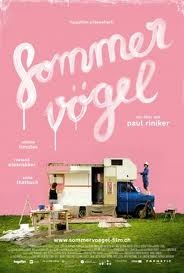