An original and delightfully gruesome slasher film, Saint reimagines jolly old Saint Nick as a bloodthirsty bishop fulfilling a grisly prophecy every 32 years under the Christmas full moon. The film's titular saint was in fact a murderous medieval marauder, ultimately slain by the villagers he tormented, only to swear a ghostly revenge on their descendents every December 5—the anniversary of his death. Centuries later, the story has settled comfortably into innocuous folklore, until a bloody encounter with the ghoul himself forces local teen Frank to believe in Santa all over again. Teaming up with a fellow believer, discharged conspiracy-theorist cop Goert, it will be up to Frank to save the city of Amsterdam in an all-out bloody battle against the wrathful "Sinterklaas" and his minions. 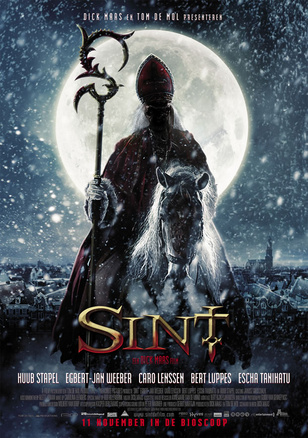