Poverty and illegality is all that Saimir has known of life up to now. Having fled Albania with his father, the teenager now lives with his Dad in Italy, where they help a gang of human traffickers to find poorly-paid jobs for other illegal workers on local farms. Saimir’s father sees this as a job like any other and refuses to feel responsible for his compatriots. Their pitiful existence sinks still further into crime, however, when a prostitution ring approaches Saimir’s father to transport girls from eastern Europe into virtual slavery – a task in which Saimir is forced to assist his father. But Saimir has plenty of problems of his own. In love for the first time, he is completely at a loss. In a state of total confusion, Saimir’s impetuous attempts to tell Michela about his love for her only end up scaring her and making her feel nervous of him. Hoping to impress his Italian girlfriend with a necklace, Saimir commits a burglary with a gang of youths. It is only when Michela refuses his gift that Saimir begins to realise just how wide the gulf is between Michela’s world and that of an illegal immigrant. Michela’s rejection proves to be a decisive experience for Saimir on the road to maturity and adulthood. Refusing to accept the lawlessness and injustice to which he and every other illegal immigrant is exposed, Saimir is forced to make a courageous decision that will change both his life and the lives of all the others forever. 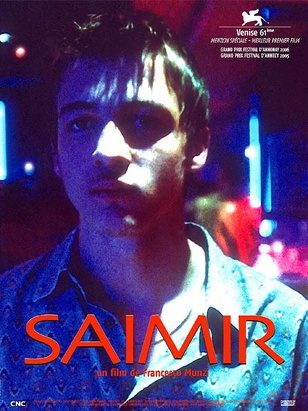