The famous Acropolis affords a view of one of the most poverty-stricken districts in Athens. This improvised shantytown is home to a diverse community of people who subsist on collecting discarded metal. Before the sun is up, they set out in their little three-wheel trucks for the streets of the metropolis. Then, at the end of the day, they take the old fridges, televisions, spring-wire mattresses and all other conceivable kinds of metal refuse to the city’s scrapyards; with their meagre earnings they return home to their families, hoping that the new day will bring a richer haul. Director Christos Karakepelis spent six years putting this film together and thus offers the viewer an utterly authentic perspective on the lives of people for whom, as one of them described it, scrap metal is both their “treasure and mistress.” This impressive documentary, with its wealth of compelling footage, in spite of its theme maintains a serene atmosphere throughout and dispenses with all traces of cheap sentiment. Its impact is thus all the more powerful. 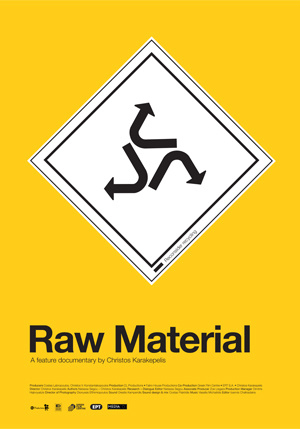