Despite the fact he is a middle-aged man, Gianni lives in an old house in the centre of Rome with his mother, a woman of faded nobility who tyrannises him and leaves him only enough free time to go to the tavern. On the eve of the Feast of the Assumption holiday, the apartment block manager – aware of Gianni’s enforced “captivity” – suggests he look after his own mother for a couple of days, in return for the waiver of all the unpaid utility bills. When he turns up at his house also accompanied by his old aunt, Gianni feels rather ill. He therefore pays a visit to his doctor friend for a check-up, but even the latter leaves his old mother in Gianni’s care for the Feast of the Assumption… 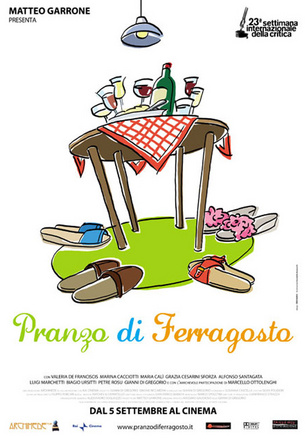