Most people believe that Asbestos is a problem of the past, but this is far from the truth.
Asbestos production has once again begun to rise in the world, due to the great extent of its consumption in countries like India, China and Russia. The lobby of the production countries, headed by Canada, is as powerful as ever and works on an international level to influence politics of single countries and of international organizations. Its power is so great that in the state of Sao Paolo, in Brasil, the law that banned the use of asbestos, approved last year, had to be withdrawn. All around the world anti-asbestos activists are threatened or sued, governments are attacked at the WTO for anti competitive behavior.
It is in this perspective that the first criminal trial against the great executives of asbestos starts in Turin.
The charge is severe: voluntary manslaughter and omission of sanitary precautions. The accused are two of the major stockholders of Eternit, the Swiss-Belgian industrial giant that for seventy years dominated the world market. The defense states that the chief executives were not aware of the direct link between the inhalation of asbestos fibers and pleural cancer. According to the fifty lawyers that work for the Swiss billionaire Stephan Schmidheiny and for the Belgian marquis Louis de Cartier de Marchienne, production of asbestos terminated as soon as the association between the illness and the inhalation of the fiber was demonstrated and became law, in the early 90’s. The death of three thousand people, between factory workers and citizens of Casale Monferrato, would be, in their view, caused by lack of information of which not only the two accused can be held responsible for.
To the prosecutors the task of demonstrating that the information about the hazardous nature of asbestos was widely available long before the European law imposed the shutting down of the plants, and that the omission of health and safety measures towards its workers is equivalent to the liability of their death.
The narrative thread will follow the parallel path of two women, both deeply involved in the debate on asbestos.
Luisa Minazzi is a Casale activist who has found out, after years of battles to close down the Eternit plant, that she is suffering from asbestos related cancer. She will be a witness at the trial and she will fight her last battle to claim the right to one’s health and to one’s life. Through her we will follow the proceedings of the trial and the dramatic and concrete consequences of the ethic and juridical debate on the social responsibility of the corporations.
Laurie Kazan-Allen is the founder of IBAS (International Ban Asbestos Secretariat). She lives in London and is the frontline support on an international level of all asbestos conflicts. Laurie knows the men and methods used by the “asbestos connection” to reach their goals very well, country by country, town by town, and travels continuously to support the battles of private citizens and associations around the world.
With these women we will follow the trial’s advancement and the most recent developments in lobby strategies to continue to profit from the asbestos business. 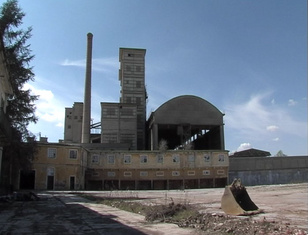