Tehran, 1978: An eight years old Marjane, dreams of being a future prophet, intent on saving the world. Cherished by her modern and cultivated parents and adored by her grandmother, she avidly follows the events that lead to the downfall of the Shah's brutal regime. The introduction of the new Islamic Republic heralds the era of the 'Guardians of the Revolution' who control how people should dress and act. Marjane, who must now wear the veil, dreams of being a revolutionary. Soon after, the city is bombarded in the war against Iraq. With the deprivations brought on by the conflict and the routine disappearances of family members and loved ones, the daily repression becomes more severe each day. As her environment becomes increasingly dangerous, Marjane's rebelliousness poses a serious problem. Her parents decide to send her to Austria for her own protection. In Vienna, 14 years old Marjane experiences another kind of revolution: adolescence, freedom and the dizzy heights of love but also with this excitement comes exile, loneliness and the bitter taste of life as an outcast. 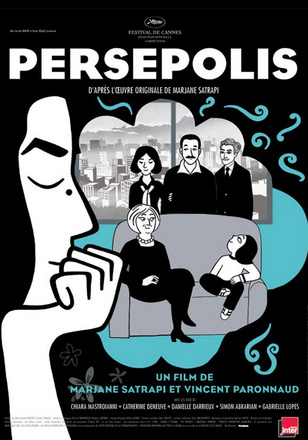