Rokhsar Sediqi is 14 years old. She lives with her mom, dad and five siblings in the Danish countryside. She has waited 4 years to get permission to stay in Denmark.

In 2010 Rokhsar and her family fled Afghanistan because they were afraid of the Taliban and after six months of illegal border crossing through Europe they ended up in Denmark where they sought asylum. Nevertheless, the Danish immigration authorities doubt their story and the fact that they will be persecuted if they return to Afghanistan which means that they have been denied asylum several times. Now they are staying in Denmark illegally and can be deported any time.

Most of the other family members are very traumatized by the circumstances around the escape and since Rokhsar is the only one who speaks Danish fluently, she has undertaken the burden of fighting the authorities in order to change their decision.

In spite of her young age Rokhsar is dealing with the immigration authorities, lawyers and different NGOs and everytime they get mail from the authorities about their case, Rokhsar has to tranlate and explain the content to the rest of the family. Sometimes she even withholds information from her parents because she is afraid that it will have a negative impact on their fragile mental state. This immense burden means that she has been rapidly forced into adulthood - the pressure affects her enormously and it is very difficult for her to manage school, friends and hobbies at the same time.

As Rokhsar turns 16 the family is up for the final option to get asylum, this time the case is build on Rokhsar's strong integration. But carrying her family's desteny on her tiny shoulders comes with a price. 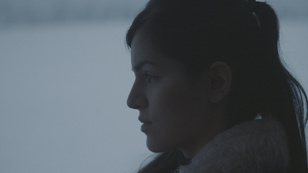 Slate funding
MEDIA support to: Made in Copenhagen