Los Reyes follows a group of teenagers from the Los Reyes skatepark at a low-income neighborhood in Santiago Chile. The teenagers share a passionate and edgy lifestyle, as well as skateboarding culture, and they embody the challenges of becoming adults in segregated and classist current day Chile.

Los Reyes is the oldest skatepark in the Chilean capital of Santiago. This story is about the real kings here: Football and Chola, two stray dogs that have made their home in this open space full of hurtling skateboards and rowdy teenagers. The energetic Chola loves to play with the balls she finds lying around. She positions them at the edge of the bowls where the skaters show off their tricks and tries to catch them just before they fall down. The older dog, Football, looks on impatiently and barks at Chola until she finally drops the balls. The teenagers around them come from very different, sometimes troubled backgrounds. They each have their own story, which they recount to us in voiceover. In this almost fairy-tale-like film, the phenomenal, dreamlike camerawork centers almost entirely on the subtle interaction between the two dogs, as they play with a ball, a stick, a stone and each other. 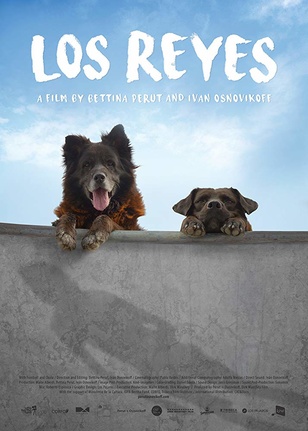