Manu is 20 years old when he arrives in Paris to look for a job. Initially, he moves in with his sister, Julie, who rents a room in a sleazy hotel. Julie’s life revolves around music. She is training to be an opera singer and tries hard to partition herself off from her ebullient brother. Manu is a night bird. One night he meets Adrien, an extrovert and cultivated gay doctor in his early 50s with whom he strikes up a carefree, platonic friendship. Adrien soon introduces Manu to his circle of friends. Shortly afterwards, Adrien takes Manu for a boat trip on the Mediterranean with a young married couple: Mehdi, who is a cop, and Sarah, a writer. The recent birth of their first child seems only to have made this unconventional couple even happier together, but appearances are deceptive. For Mehdi, the zealous police inspector, paternity has magnified his tyrannical side and this leads to excessive behaviour both at work and in his sex-life. Meanwhile, Sarah is unable to come to terms with being a mother, feeling that it encroaches on her identity as a woman. Unable to bond with her baby, she immerses herself in her writing in a desperate quest for inspiration. Manu’s arrival in Paris and his intrusion into Julie, Adrien, Mehdi and Sarah’s lives creates shockwaves in all their relationships. Unintentionally and unknowingly, Manu forces them confront their true desires. 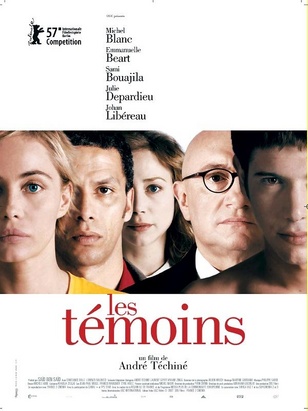