Despite losing his job, Michel lives happily with Marie-Claire his wife and their loving children and grandchildren, surrounded by their friends. In love for more than thirty years, they are proud of their union and political struggles, for their conscience is as clear as their view of life.
This happiness will be shattered when two young armed and masked men beat them up, tie them up, and snatch their wedding rings and their lifetime savings.
The shock will be even more violent when they discover that this brutal attack was organized by one of the young workers laid off at the same time as Michel, by one of their own people. 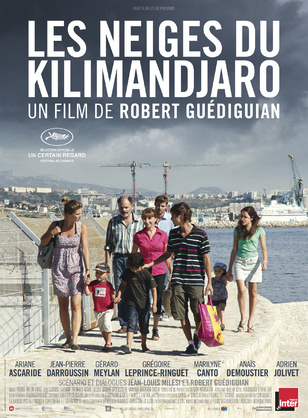