A hundred kilometers from Kabul, Salim Shaheen, a famous Afghan actor, director, and producer, has come to screen some of his 110 films and shoot the 111th. This trip, on which he has brought along his troupe of actors, each more eccentric and uncontrollable than the next, offers an opportunity to get to know this cinephile, who produces an endless stream of Z-grade movies in a country that has been at war for more than 30 years. 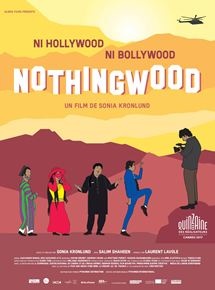