Algiers, 1920s. Rabbi Sfar has more than one problem. His beautiful daughter Zlabya is becoming a teenager and above all, his parrot-killing cat has just started talking. The delivery of a box from Russia further complicates things when a painter is discovered inside, more dead than alive. He is on a quest for a hidden tribe and its mythical city in Africa. Convinced that the city exists, he sets off on an incredible adventure, taking with him the Rabbi, his cat, a wise old Arab Sheikh and an eccentric Russian millionaire. 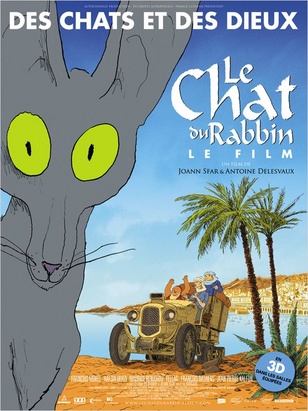