It's a big day in a village in the mountains near Madrid -- first because of the soccer,  but also because Efrainis to marry Carla, his childhood sweetheart.

Efrain's father, still heartbroken after his separation eight years before, has gathered his sons together from the occasion. They are depressive Adan: sizeable but child-minded Benjamin, touchingly locked into permanent innocence; and Daniel, underdeveloped as a character compared to the others.

A fifth brother, Caleb returns from Kenya for the wedding after two years away to learn that his girfriend Cris has been having an affair with his brother Daniel. Other skillfully-handled plot strands include Efraim's wedding day indecisiveness about whether it's Carla or other childhood sweetheart Monica who he should be marrying, Adan's desire to crack open his father's safe and get at the gold inside, and the father's angina attack during the ceremony: while all this is unfolding supposedly in real time, the other wedding guests are glued to the game. It’s a neat setup: as the rest of the country is going through its collective catharsis, the family must tackle its issues. 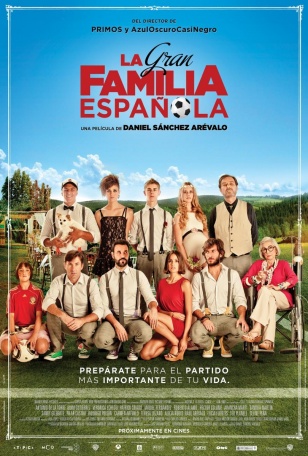