The Woman in the Fifth

Tom Ricks, a novelist, comes to Paris to be closer to his young daughter. Robbed upon arrival, he sets out with nothing to his name to find a place to stay. To add insult to injury, his estranged wife turns her back on his plight. Eventually Tom finds himself installed in a small, dingy hotel, whose owner offers him a job so he can pay his way. Events begin to take another turn when Tom falls into the clutches of the beguiling Margit. She seems eager for distraction, and Tom is keen to make friends, but life becomes even more complicated when the voluptuous young hotel chambermaid starts to turn her attention to the by now genuinely confused American. 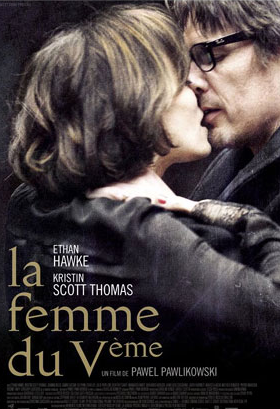