I Am Not Your Negro

Writer James Baldwin tells the story of race in modern America with his unfinished novel, Remember This House.

With I Am Not Your Negro, Raoul Peck has embarked on a long overdue reflection on the life of the great African-American writer James Baldwin and his political struggle against racism, whose roots go back to slavery. The black point of view, a black historiography are not yet anchored in mainstream consciousness. History is always written by the victors, and black people were never among them, neither Africans nor African-Americans. In James Baldwin, a powerfully eloquent intellectual took to the stage and set marks that are as invigoratingly crucial to reckon with today as they were 50 years ago. 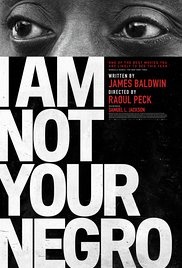