No place to hide

"They took us to a small house. Then they tore the clothes from our bodies and raped us. I was just 17 and still a virgin!"

Joari and her friend were raped by men thought to be their saviours: UN peacekeepers. Since 1999, the United Nations has maintained a peace keeping mission in the Democratic Republic of Congo. It aims to bring stability to the region and protect the civilian population from attacks and sexual violence of the warring parties. But many of the 20,000 peacekeepers become perpetrators, exploiting the extreme distress and poverty of women and girls.

In addition to showing victims of UN soldiers' sexual attacks for the first time, the film also proves that the issue of sexual violence by peacekeepers has long been known at UN headquarters in New York. For years, the UN has been trying to combat the abuse by increasing staff training and introducing a zero-tolerance policy. Officials claim that the number of incidents has been drastically reduced. At local level however, UN insiders tell us, these measures have no effect at all. 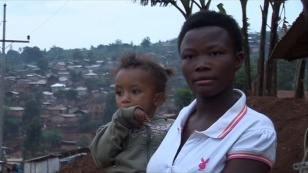