Where do we go now?

On the edge of a cratered road, a cortège-like procession of women solemnly makes its way towards the village cemetery. Takla, Amale, Yvonne, Afaf and Saydeh stoically brave the oppressive midday heat, clutching photographic effigies of their beloved menfolk, lost to a futile, protracted and distant war. Some of the women are veiled, others bear wooden crosses, but all are clad in black and united by a sense of shared grief. As they arrive at the cemetery gates, the procession divides into two congregations; one Muslim, the other Christian. Set against the backdrop of a war-torn country, Where do we go now ? tells the heart-warming tale of a group of women’s determination to protect their isolated, mine-encircled, community from the pervasive and divisive outside forces that threaten to destroy it from within. 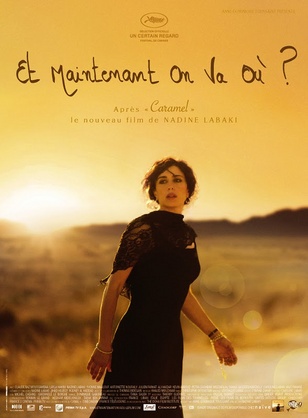