In spite of, or perhaps on account of its author’s confrontational grappling with taboos, Michel Houellebecqs grotesque portrait of society encapsulated in his 1998 novel “Les Particules élémentaires” (Atomised) acquired cult status almost immediately following its publication. For his screen adaptation of a work often described as ‘the scandalous novel of the outgoing twentieth century’, director Oskar Roehler has decided to transpose events to Berlin, shortly after the millennium. Michael and Bruno are half-brothers. They could not be more different. Their mother, Jane, once led the carefree life of a member of the jet set, while her sons grew up apart with their randmothers. Michael, an introverted molecular biologist who is completely disinterested in sex, is far more attracted to genetic research than he is to women; Bruno’s contacts with the opposite sex are either manifested in his head – or in the bordello. But then, the two brothers finally encounter the loves of their lives. Michael meets an old school friend, Annabelle. These two have always felt shyly drawn to each other, ever since they were children. Bruno and Christiane meet at an esoteric holiday camp. In Christiane, Bruno has at last found someone with whom he can live out his sexual obsessions. But the brothers’ happiness proves to be short-lived when both women fall fatally ill. Bruno and Michael find themselves faced with an ultimatum: either to go back to their familiar loneliness, or broach the unknown in the shape of life as a couple… 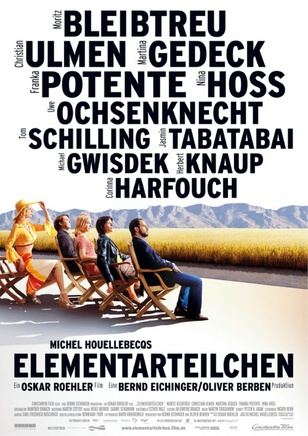