“Diplomacy,” a WWII drama based on the true story of a German officer who saved Paris from destruction.

It takes place on the day Paris was liberated by the Allies, depicts the tense confrontation between the Swedish ambassador and the German military governor of Paris, Dietrich von Choltitz. The latter was ordered by Adolf Hitler to blow up the city, but he chose to ignore the Fuhrer’s command. 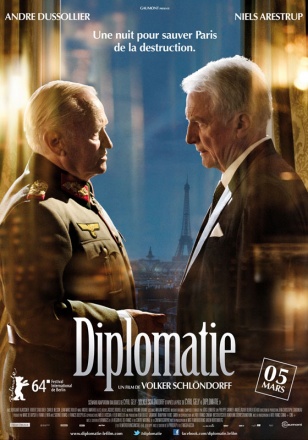