Written when "Nuclear Power? No Thanks!" stickers were all the rage; Gudrun Pausewang's gripping novel of teenage love and angst against the background of nuclear disaster has lost none of its emotion and power in Gregor Schnitzler's powerful film.

Hannah and Elmar live typical teen lives in the small town of Schlitz. The nearby nuclear power plant is mere backdrop, until an accident releases a huge cloud of radioactivity. Thousands die immediately, thousands more are radiated as the cloud spreads. Both Hannah and Elmar are caught up in this man-made catastrophe and find themselves fighting for their lives as well as their love.

Brilliantly served by his young leads, Schnitzler pulls no punches, especially during the scene of mass panic at the station, letting the viewer feel the emotional consequences for the victims, sharing their suffering and hope. Coming on the heels of the hit romantic comedy "Soloalbum", Schnitzler confirms his status as one of Germany's top rank directors, handling his themes through the characters with such intensity and yet deftness that viewers can recognise themselves in them and their adventures.

Whatever your views on nuclear energy, THE CLOUD is gripping entertainment that motivates and uplifts. While Hannah and Elmar cannot expect a happy end, how they deal with their plight shows us all too clearly that the word "end" in the life of a human being pales in significance once he or she has experienced the true meaning of the word "happy". 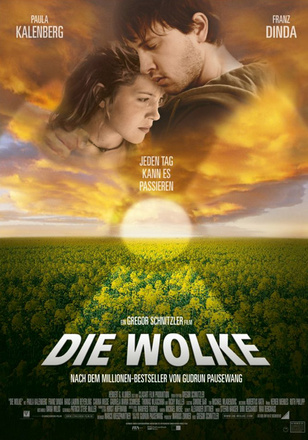