The journey of Mr. Cruli

Narrated from beyond the grave by its main protagonist, this animated feature-length documentary tells the life story of Crulic, a 33-year-old Romanian, who died in a Polish prison while on a hunger strike. On July 11, 2007, an important Polish judge is robbed and around 500 Euros are withdrawn using his credit cards. On September 10, Crulic is accused of the crime and brought to the Krakow Detention Centre, where he immediately starts a hunger strike. Claiming he was in Italy on the day of the theft, his demands are clear: he wants a meeting with a Romanian Consulate representative and another attorney. At the beginning of 2008, Crulic’s deteriorating health prompts the court to release him. But it is too late; the young man dies sixteen hours later. 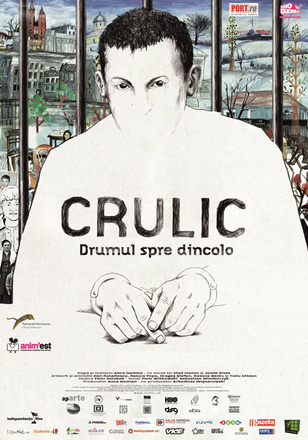