Confession of a Child of the Century

The Napoleonic Wars are over. Octave loves his mistress Elise - until he witnesses her being unfaithful. Despair leads to decadence. Influenced by his friend Desgenais, Octave becomes the perfect libertine, although this new life fails to satisfy his thirst for the absolute.

Then he meets Brigitte, a young, selfless widow. He has found a new love. At first, she tries to resist. Eventually she gives in. They are inlove, but Octave is quickly overcome by suspicion. Doesn’t every woman betray her lover sooner orlater? Isn’t Desgenais right when he claims thatlove doesn’t exist?

In a world where no one any longer believes inanything, can Octave find in his love for Brigitte the strength to believe in the future? 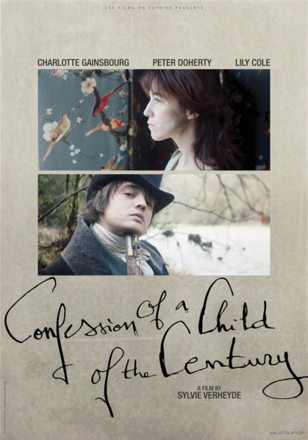