Carlos is a tailor. He lives alone and has no close friends, but is respected and admired by everyone who knows him. At the end of the day is the best tailor in the city, the most prestigious, high society's favorite provincial. A couple of times a week visit to the old seamstress from her father, her only family, his only friend. Everything else is working, and eating ...

But not just anything, Carlos eats women. I like them young and healthy. And preferably older tourists. Of those that pass through Granada to see the Alhambra or through the mountains in search of pure air of the Alpujarra. Women that Carlos does not have any emotional connection. This guarantees anonymity and some peace of mind. But everything changes the day Natalia comes to live in your building. Natalia is Romanian and pretty, and from the first moment is determined to make friends with Carlos. He tries to keep his distance, but one day, in the midst of a discussion in which Carlos refuses to do anything she asks, loses control and kills her.

Carlos knows he made a mistake. He killed his neighbor and remove any suspicion needs to indicate it. So do not hesitate to give full assistance to Nina, twin sister Natalia, who one day appears on her doorstep asking for his missing sister. What at first is just a strategy to avoid suspicion, ending Charles and Nina making more than just friends. With all its consequences. Because Charles never had friends. It has never intimate. He has never exhibited his privacy in the eyes of a stranger. And less, to a woman who is an exact replica of another that already devoured. 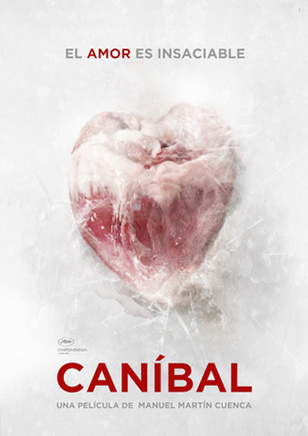