Ben is a bit different. His life is full of strange rituals and he often seems to be living in a completely different universe, full of computers. In reality his life is pretty tough – largely because he is tormented mercilessly by two of his fellow-students at vocational college. One day, Ben cooks up a plan: murder! Shortly afterwards, his online chat girlfriend, Scarlite, appears on the scene. But this wasn’t part of the plan at all. Nic Balthazar: “It is sometimes said you do not find a story, the story finds you. This may well have been the case here. One sunny afternoon in Brussels I was asked whether I would like to write a book. ‘For youngsters who do not read’, they said. ‘How convenient’, I said. ‘Because I am a writer who does not write’. Around the same time a boy of 17 leaped to his death from Gravensteen castle in Ghent. It turned out that the boy had a mild form of autism and had virtually been harassed and tormented to death. ‘I will never get over this’, said his mother in an interview. The same night I started writing a story. A book which, although it would not give her any real comfort, would nevertheless provide her with a measure of sympathy and understanding. It would be a story about the harassment and torture of those who are unable to defend themselves. I typed out the title. ‘Niets Was Alles Wat Hij Zei.’ In English: ‘Nothing Was All He Said’. It had to be a book full of suspense, with an element of surprise, a kind of thriller. Something like a movie, I thought. Everyone likes a movie.” 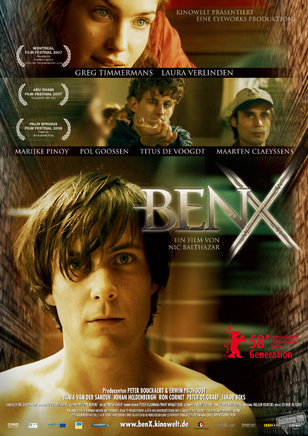