East Germany. Barbara has requested a departure permit. It is the summer of 1978. She is a physician and is transferred, for disciplinary reasons, to a small hospital far away from everything in a provincial backwater. Her lover, a foreign trade employee at Mannesmann that she met on a spring night in East Berlin, is working on her escape. She does not care about anything around her: the patients, her colleagues, the neighbours, the summer and the countryside. There is nothing holding her here anymore. Barbara is cold, within herself, withdrawing from everyone and everything around her. That summer, her existence is disturbed. She meets a physician, André, who was also transferred for disciplinary reasons. André confuses Barbara. Did they put him on to her? Or has he fallen in love with her? Barbara loses control - of herself, of love, of her live. 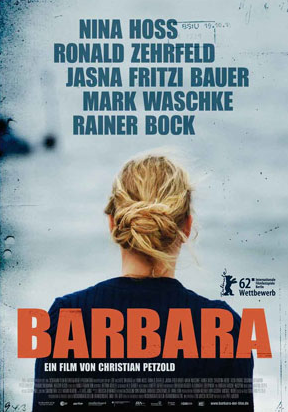