Marina, a twenty-three year-old girl, lives with her architect father in a prototype factory town by the sea. Finding the human species strange and repellent, she keeps her distance. Instead she stubbornly observes it through songs of suicide, the mammal documentaries of Sir David Attenborough and the sex education lessons she receives from her only friend, Bella. A stranger comes to town and challenges her to a table football duel, on her own table. Meanwhile, her father ritualistically prepares for his exit from the 20th century, which he considers to be “overrated.” Caught between the two men and her collaborator Bella, Marina investigates the wondrous mystery of human fauna. 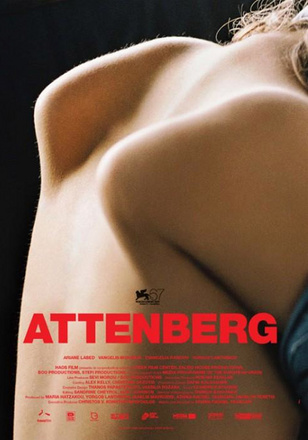