Albert is born in Kellyville, the smallest city of the world, and he is the worst scoundrel in town. Because of Albert every day is a challenge for the inhabitants of Kellyville, and then one day Albert crashes into the city-statue and smashes it to thousand pieces. Before anybody gets another chance to complain, Albert decides to rehabilitate his "good" name. He promises the villagers and his parents to venture out into the big world and come back as a hot-air-balloon-captain, in honour of Kellyville. Apart from Albert's parents and his very best friend Egon, none of the people of Kellyville seem to be too unhappy about Albert leaving town, but nobody trusts Albert to succeed in his big plans.

Albert - trailer from A Film Eesti on Vimeo. 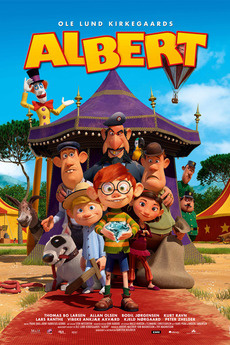