When Norwegian scientist Marie attends a seminar in Paris on the actual weight of a kilo, it is her own measurement of disappointment, grief and, not least, love, that ends up on the scale. Finally Marie is forced to come to terms with how much a human life truly weighs and which measurements she intends to live by.

Marie is a scientist who works in the Mass Department of the Norwegian Metrology Service “Justervesenet” where her father Ernst is director. Marie's job is to travel around Norway inspecting postal scales, gas pumps and other types of measuring devices so they can be certified. She has no children, is stuck in a dead-end marriage, and has a very limited social life outside of work.

When Ernst surprisingly falls ill Marie is asked to go to Paris to recalibrate the National Norwegian kilo and take part in an international seminar where colleagues from around the world discuss new ways of defining the actual weight of a kilo. In Paris she meets Pi, a former scientist at BIPM, and through him the possibility of love.

Together Marie and Pi discover that old body measurements, well outside the precision level they normally encounter at their respective institutes, have values of their own. When the night has become morning, the romance between them deepens and reaches its physical climax through a conversation about measurements that stem from the dimensions of the human body, like foot, yard, inch, handbreadth and fathom. 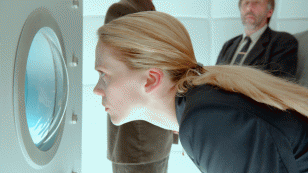