Fear(s) of the dark

Several scary black-and-white animated segments in different styles appeal to our fear(s) of the dark.

Different black-and-white animation techniques tell several scary stories. There's a story of a teenage boy who meets the wrong girl. Another tale deals with a small community where people disappear and are never seen again. Then there's the narrative of a little Japanese girl who suffers from horrible nightmares followed by a tale where a man doesn't get the rest he hoped for in an old not-so-abandoned house. These stories are connected by the story about a man with a devilish smile and four enormous dogs from hell and by a woman's monologue about her fears. 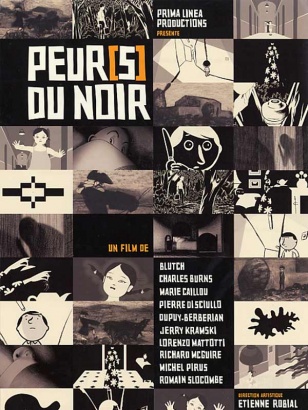