The Girl and the Death

The film, based on an original script by Jos Stelling and Bert Rijkelijkhuizen, tells the story of the Russian physician Nicolai who returns to an old hotel, the place where he first met his great love half a century ago, and relives his romantic tragedy. A large part of the film is set in the late nineteenth century and is situated in a abandoned hotel/sanatorium in Tannenfeld, Thuringia (formerly East Germany), where most of the recordings also took place. The hotel still has traces of an impressive past. Eventually it becomes clear why he really has returned. 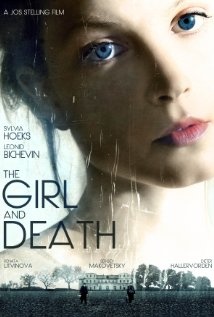